Like most Star Wars Fanatics I can not wait to experience Star Wars Galaxy Edge at Walt Disney World. Just to catch a sense of what it feels like to be on the planet of Batuu I have read a plethora of reviews, watched numerous videos (MrCheezyPop was my favorite), and despite the apathetic response from my family I even found myself listening to podcasts in the car. Even with the anticipation of piloting the Millennium Falcon and waiting to purchase limited edition merchandise the number one experience I can’t wait for is to refresh my batteries with the galactic delicacy known as Blue Milk!

Some of you may be wondering “What exactly is Blue Milk?”. If you are not familiar with the Star Wars films (Gasp!) Blue Milk first appeared in Star Wars: Episode IV – A New Hope. The beverage was served by Aunt Beru and quickly became a fixture in Star Wars popular culture.

I have watched the Star Wars saga numerous times and I do not recall seeing any dairy farms on the planet to Tatooine but according to Wookiepedia if a savvy entrepreneur wanted to venture into the Blue Milk business one would have to secure a few Banthas since the source of Blue Milk became widely accepted as being from the mammary glands of a female Bantha.

Due to the shortage of Bantha the Chefs at Disneyland had to come up with their own unique perspective of Blue Milk. This definitely was going to be a challenging task as Star Wars fans are known to be very discerning when it comes to reproductions found within the movie franchise. Disney Executive Chef John State explains what one can expect when they encounter this culinary treat.

I have every intention of being one of the first people to visit Star Wars Galaxy Edge at Walt Disney World’s Hollywood Studios. I encourage everyone to start planning their next Walt Disney World vacation to be one fo the first to experience everything Star Wars Galaxy Edge has to offer. August 29th is approaching quickly and I have already contacted my favorite Travel Agent to secure my accommodations at Disney’s Pop Century Resort. My hope is the Disney Skyliner will be fully operative.

Are you ready to plan your next adventure? Contact Paul Sams at The Savvy Travel Group. Click here for a free quote request.

The Savvy Travel Group is a full service travel agency which serves all of your travel needs. Savvy Travel Group agents bring their travel industry expertise to provide you with a wealth of information regarding travel options available to you, the best rates available, and, ultimately, take the stress of the details off you. 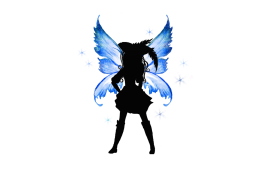